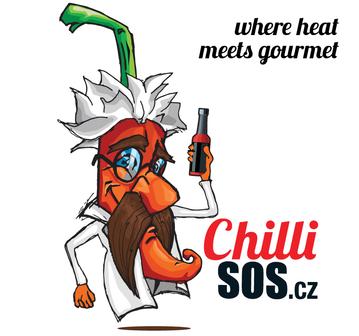 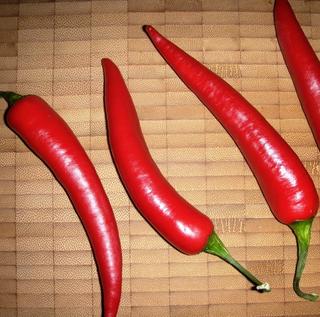 The cayenne pepper, also known as the Guinea spice, cow-horn pepper, red hot chili pepper, aleva, bird pepper or, especially in its powdered form, red pepper.  Is a cultivar of Capsicum annuum related to bell peppers, jalapeños, paprika, and others. The Capsicum genus is in the nightshade family (Solanaceae). It is a hot chili pepper used to flavor dishes. It is named for the city of Cayenne in French Guiana. The fruits are generally dried and ground, or pulped and baked into cakes, which are then ground and sifted to make the powdered spice of the same name.  Cayenne is used in cooking spicy dishes, as a powder or in its whole form (such as in Korean, Sichuan, and other Asian cuisine), or in a thin, vinegar-based sauce. It is generally rated at 30,000 to 50,000 Scoville units.